​​WILD BLUE: Saving the World With Duct Tape and WD-40

You should know that I am not brave, and the bomb really scared me. Yes… I always used to enjoy those cool explosions in movies and TV shows, but not anymore. Those aren’t real, and they don’t actually explode right in front of you. The real thing is not cool at all. That bomb blew up a two-hundred-foot-tall radio tower, sending pieces flying in all directions while the attached warehouse detonated into a huge black smoke storm that launched car-sized fireballs. Any closer to the explosion and I would have been impaled by a flying, white hot, steel beam just before being roasted alive. I still have nightmares about me as the protein in a gigantic shish-kabob.
The explosion also launched one of those infamous California forest fires you hear about every year. The official, convoluted, and improbable explanation for the blast blamed it all on an illegal campfire. That’s because our government felt compelled to cover up the terrorism.
My close encounter of the terrorist kind absolutely terrified me, which I suppose, is the whole point of terrorism. That, along with a vile, psychopathic desire to hurt, maim, and kill. Oh, and of course, Terrorist Job One: forcing other people to pretend they worship the same way as the terrorist.
Those terrorists, a depraved religious cult, did their first attack on American soil in West Los Angeles, on Christmas Day, 2002. You never heard anything about it because the power elite redacted truth. On a Sunday just two months after that Christmas Day viciousness, I found myself in a deadly situation. Actually … more than merely deadly. It was also sticky, stinky, icky and gross. And it moved really fast.

What's up with the palm tree on the beach?

​   "Action packed, entertaining, intellectually and spiritually stimulating—Trout gives us heroes for today. A great read! Bravo! It is brains over brawn in the fight against evil. In the affirming words of character Kevin Oxley, 'Everything’s chicken!'     "When the modern day dynamic duo unwittingly find themselves in a fight against terrorism, with the help of a prodigy mentor and a fantastic customized vehicle capable of transforming upon command from party van into a highly specialized scientific machine, they utilize science, high-tech engineering, creative ingenuity, and genius to defeat the enemy."

​     "Kev and Theo are believable characters; heroes that are relevant and whose super powers of genius, intellect and creativity are plausible and attainable. This is a novel that inspires creativity, celebrates intellectual prowess and recognizes the need and importance of faith.
"Totally believable and nearly impossible to put down it is a combination of the best of the best: the high adventure of Cussler, historical content and geographical descriptions of Michener, the humor of Neil Simon and a hero shrouded in the guise of a foolhardy playboy as in Orczy’s Scarlet Pimpernel. Can't wait for the next installation!​"

A great review  for Wild Blue! 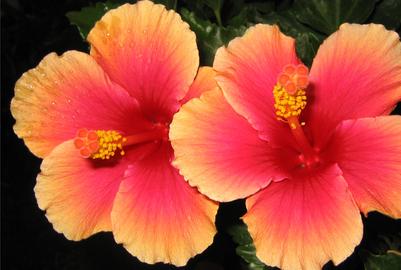 “I enjoyed the surprises, the tension, and the laughs. But, I wish Dr. Weksler wasn’t a Dodgers fan.” 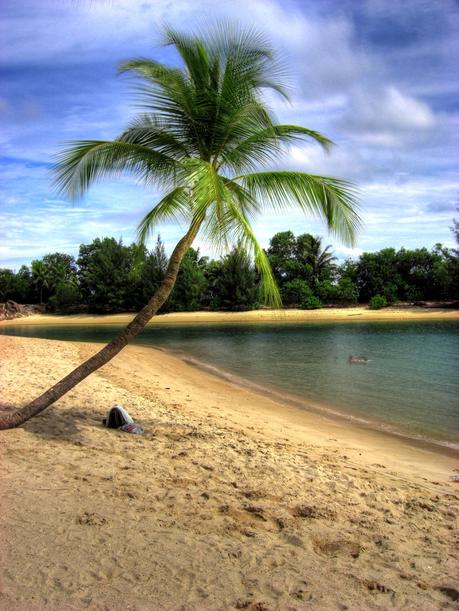 ​​     "I think [Trout has] a great read. The lead characters, Kevin and Mr. Spivak, reveal three ancient truths of the Bible that modern science has only recently discovered. The content and storyline easily kept my attention and led me along, wanting to know more. The humor is very affective and just enough to keep things light without distracting from the story.” 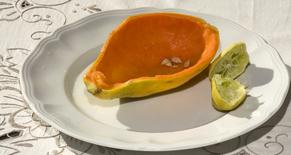 ​​"Hey brah ... why in world you have tropical theme on yoah website?" Well, that's because, just like Kevin Oxley (lead character in Wild Blue) I am a certifiable Hawaiiaholic. Anytime I can have passion fruit iced tea in concert with a freshly-picked papaya on the Big Island, I am totally at peace. Aloha, indeed.

“Wild Blue takes you on a crazy, funny ride with characters you'll love hanging out with. It's fun and exciting to save the world with duct tape and WD-40!”

​​     "Earl Trout’s Wild Blue immediately sucked me in before I even knew where it was going. Refreshing slices of history, unsuspecting spontaneity, facts that surprise, and lip-biting action let me escape, and yet be surprised by the story's twists. Wild Blue wove itself into one immensely entertaining and satisfying tale. One wild ride!"

​     "Wild Blue is exciting, funny, and very visual. Reading it felt as if I was watching a blockbuster action movie, but without the obligatory gore, death, and foul language. The fun isn’t generated by having bigger explosions than the previous blockbuster, instead it comes from wit, insight, and vibrant characters. The romantic comedy subplot is especially entertaining and the courtship is sometimes hilarious. The leading lady is strong, intelligent, and successful, but like all the characters, not without flaws.     "A Christian reader may learn new biblical truths, and a non-Christian will be astonished by the same. I can hardly wait to read the sequel. No matter what wild color it is, I’ll have my popcorn ready."

Aloha! This is Uncle Earl. Hey . . .  you found it! Yep, this is the website for my novel Wild Blue, which follows the outrageous adventures of Kevin Oxley, Theophilus Spivak, and Dr. Francis Noah Weksler.​ Check it out! Mahalo.

A Wild Blurb for Wild Blue

Theophilus Spivak is a wimpy physicist who believes science and the Bible are incompatible. It is spring, 2003, in Pasadena, California and the world of digital technology is exploding. For Theo, some of it explodes right in front of him. The Channel 8 tower blows up during The Pirate’s bootleg TV broadcast. Theo and his rocket scientist friend, Kevin Oxley, are prime suspects. Theo, Kevin, and their boss, Dr. Francis Weksler (the man who created stealth airplane technology) accidentally invent a device that controls weather. When they fly a tornado as if it were a radio-controlled drone, a bumbling pseudo-religious cult imprisons them and demands weaponized weather. Coerced into creating a force that will destroy Los Angeles, Theo and his colleagues must decide whether to save themselves—or the world.
With audacious creativity, this high-tech, high-tension adventure reveals things never seen from a Hollywood tour bus: horse lips, robotic lizards, a teardrop tattoo, the shoe-tree, flaming zeros, exploding machine guns, a miracle, and a man-eating Rexlithar. Funny and full of surprise, Wild Blue is flank speed clean entertainment with an occasional conservative jab at society. You’ll smile warmly at the clumsy romance. You’ll ponder startling facts. And you will laugh out loud. But if being “politically correct” is important to you, don’t even get on the bus.

The square cloud, the portable tornado, and the pirate have all been captured by a bungling, psychotic, religious cult that wants to destroy Los Angeles. God help us. Warning: ​Wild Blue is for those who enjoy laughing in the face of danger.

“I was instantly compelled by the intrigue and the story in Wild Blue. My palms were sweating, and not just because I could not put it down. I was on the edge of my seat the whole time”

"Kindly, beloved, Uncle Earl LeRoy Trout the Third (as he was known on the radio in Los Angeles for many years) has written a riotously entertaining novel. Wild Blue fascinates and tickles with a unique amalgam of romantic comedy and high-speed techno thrills.

"Trout’s Thurberesque humor makes a great transition from broadcasting to print. Every page delivers a laugh, frequently punctuated by tension-induced adrenaline. Fair warning to social liberals: this is not a politically correct book. And, as for non-religious readers… be prepared to be surprised."

Author of Commitment to Conquer: Redeeming Your City by Strategic Intercession